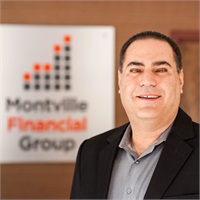 Roger A. Moss, Managing Director, the founding partner and owner of Montville Financial Group. An MBA from the Stern School of Business (NYU) and BS from Lehigh University, he has applied his vast education to a variety of firms in the New Jersey and New York area. Before opening Montville Financial Group in 2016, Roger began his career as a Financial Advisor at Quick and Reilly. In addition to helping client achieve their goals, Roger took on added responsibility as a Branch Manager. Roger grew both his practice as well as the Advisor group as the company was merged into Banc of America Investment Services. Roger took his abilities to Ameriprise Financial in 2008 where he built one of the most successful offices and Complexes in the Company.

Transferring his Wall Street acumen to a smaller market, Roger opened Montville Financial Group in his hometown of Montville, NJ where he raised his three children. Founded under the proposition that fiscal matters are best conducted on a personal level, Montville Financial Group is here to serve the Montville Township community to help individuals and families simplify their financial needs. During his time away from the office, Roger enjoys cooking, travelling, and spending time with his children.